10 Male Celebrities who Are Shorter than You Think 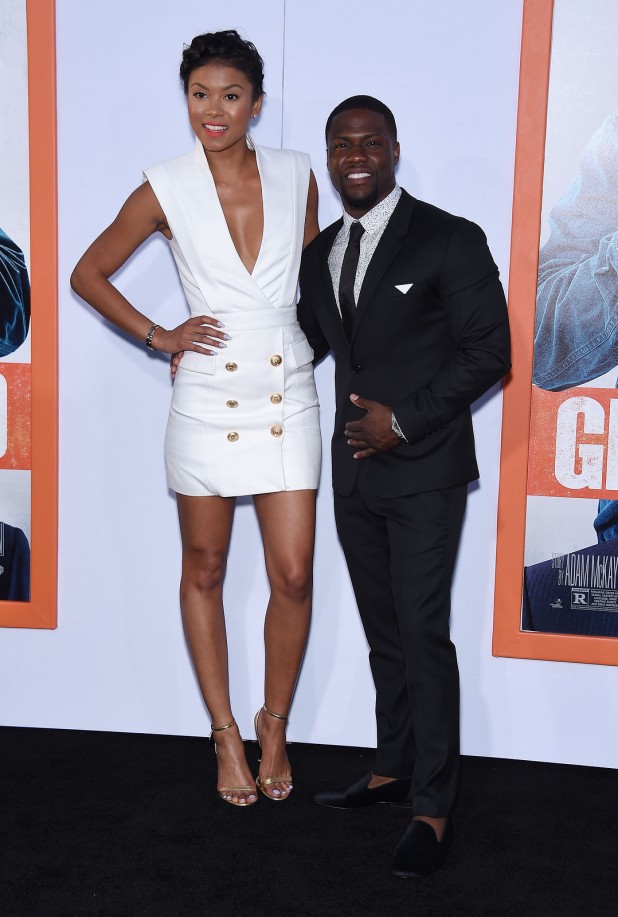 Being short can’t be easy for any man, especially if that man is planning to make it big in showbusiness. However, these male celebrities managed to overcome their insecurities and become great stars. Everybody soon stopped noticing their height and these cool guys remain famous for their super successful careers in music and cinematography.

Rapper Lil Wayne chose an appropriate stage name at the beginning of his career considering his height. But even though it’s quite noticeable that he’s much shorter than any other rapper, he doesn’t really care about his height. He makes a hit after a hit and he’s much more in the press for getting in trouble with the law than for anything that has to do with his appearance – except his face tattoos, of course.

The legend of Hollywood, Dustin Hoffman, has a 55-year-long career in acting and some iconic roles in his filmography such as The Graduate, Tootsie, Rain Man and many others. He has also won Academy Awards, has won 54 other awards, and has been nominated for numerous prestigious awards. Throughout his fruitful career, we have hardly noticed that Hoffman stands at just 5’5’’.

Most famous for his role of Marty McFly in the iconic Back to the Future trilogy, Michael J. Fox rose to prominence as a young man. And even though we noticed he wasn’t exactly the tallest guy to travel to the future and back, it didn’t really matter because he was Marty McFly, born for the role. Unfortunately, his career was cut short when the actor noticed the symptoms of Parkinson’s disease.

One of the most important names in music ever, Prince is another guy who had to make up for his height in other ways. So he turned into a big persona with his extravagant appearance and lifestyle. It wasn’t unusual for Prince to wear high heels at his performances or in his videos, but even then he was terribly short. Even so, he has been linked to many Hollywood beauties over the course of his career, such as Carmen Electra, Kim Basinger and Madonna.

You must have noticed that actor Danny DeVito is short, but did you know he stands at only 4’10’’? With this height, he is the ultimate winner when it comes to short male celebrities. However, that didn’t stop him from becoming a huge star of the silver screens. DeVito has dozens of movies behind him, some of them being Taxi, One Flew Over the Cuckoo’s Nest, Man on the Moon and others.

The famous Rocky being among the shortest male celebrities? Who would have thought, but it’s true. Even though he is not critical like some other guys on our list, this is still pretty short for someone who has built his career around action movies. We never really noticed that he was short due to his badass movie roles, but in real life, it’s quite obvious he could use a few inches more.

He may be the giant of cinematography with a career of over 45 years and numerous legendary movies behind him, but this director is one of the shortest guys in Hollywood. Standing at only 5’22’’, Scorsese looks pretty funny at the premieres of his movies when he poses with his actors. But you considering the movies he has created – Goodfellas, Raging Bull, The Aviator – to name just a few, he deserves only respect.

When Bruno Mars started his career a few years ago, we didn’t even notice he was quite shorter than any other male pop star these days. But we still fell in love with him for his music and his charm. Now he is topping the charts with hits such as Uptown Funk and we still eagerly listen to his older songs Grenade, Just the Way You Are, The Lazy Song and others, often completely forgetting that he is only 5’55’’ tall.

One of the shortest men in Hollywood, Kevin Hart, is known as a hilarious comedian. But instead of being insecure about his height he often uses it to joke on his own expense. He even started his career with a stand-up routine called I’m a Grown Little Man showing the world that he won’t let his height get in the way of his success. And it’s pretty important for a comedian to know how to laugh at his flaws.

Not many people know that Mark Wahlberg used to be a bad boy – and a rapper. Calling himself Marky Mark, Wahlberg first intended making his name in a career of music. It was during his early days that he had anger issues and he was even arrested. It has been a long time since then and Mark has cleaned up his act and became an actor and a comedian. With serious roles like in The Departed and hilarious ones such as Ted, we barely notice that Mark Wahlberg is a bit shorter guy.