6 Things You Could Use, But You’re Throwing Them Away 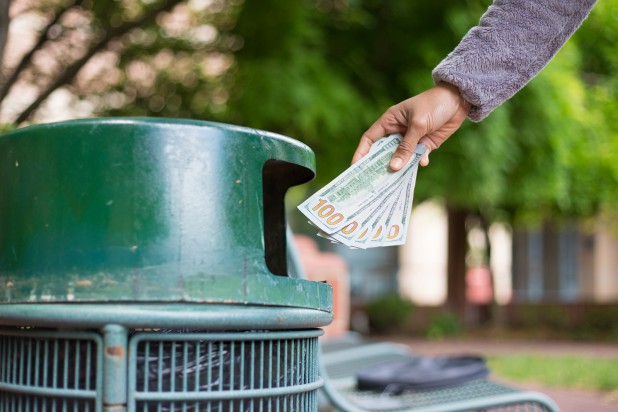 Many people throw away crystallized honey. When you buy honey, it’s usually runny and relatively clear. However, over time every natural honey crystallizes, and in that condition it is still perfectly safe to eat. Honey doesn’t have an expiration date, so if you throw it away just because it became crystallized, you’re basically throwing money away. Many people like eating crystallized honey, but if you don’t there is a way to make it runny again- put the jar in a pot of water heated on medium and leave it there until it is not as thick anymore.

Although it is not good to keep your old clothes in your closet if you’re never going to wear them again, you could put them to some good use. Find some clothes that you don’t feel like you need anymore and make sure the material is appropriate. Then cut them into rectangular or square shapes and make yourself some cleaning rags. That way you won’t have to buy new ones, and you’ll use something you wanted to throw away. These rags can serve for cleaning dust, floors or whatever else you’re cleaning.

Americans usually waste a lot of money on food – they make larger amounts and they almost always have leftovers that they throw away. But do you really have to throw the food away? You could put that food into a box or a separate plate, cover it and place it in the fridge, so you’ll have a quick snack when you get hungry in between meals. Sometimes, you can make breakfast with leftovers from dinner. For instance, if you have some leftover meat, you could put it in your egg omelet in the morning. There are many ways you can use food leftovers and you should consider what you can save and reuse, and what really needs to be thrown out.

Many Americans buy fresh bread daily and they throw away the one that has become stale. But you probably know that you can use stale bread to make some delicious new meals, right? For instance, you could dry it in the oven and make it into bread crumbs instead of buying them in a bag in order to fry chicken. French toast is much better when it’s made with stale bread than with fresh one. You could make croutons and spice them up to suit your taste. And it won’t even feel like it’s an old bread. Sometimes it’s ok to throw stale bread away, but you could really use it sometimes to make great dishes or additions to meals.

Are you one of those people who are buying a new package of liquid soap each time? Did you know that most of those commercial liquid soap brands have those same soaps in bags, at a significantly lower price? Instead of throwing the bottle away each time, you could buy your liquid soap in a bag next time and fill your empty bottle up. This way you’ll save some money as well as produce less trash.

If your baking soda’s expiration date has passed, that doesn’t mean that it has become useless. Maybe you shouldn’t use it for consumption, but you could increase the power of your homemade cleaners with some baking soda. Baking soda is also good for getting rid of plaque and rust from your bathroom and with the help of a little vinegar it can clean your oven better than any commercial cleaner you can find on the market.