Limit Your Coffee Intake – Your Body Will Thank You! 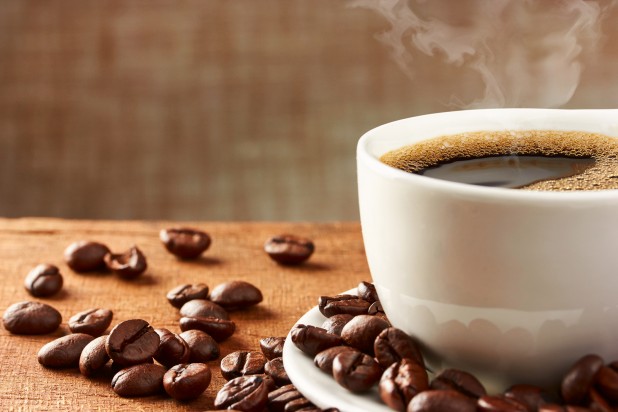 Many people can’t imagine starting their day without a cup of coffee to wake them up. Millions of people use caffeine in order to feel more awake and concentrated, while less tired. However, although caffeine has several benefits, it should not be consumed without limits, as in excess amounts it can be harmful for your health (like many other foods and drinks).

According to Mayo Clinic, “Up to 400 milligrams (mg) of caffeine a day appears to be safe for most healthy adults.” In simple words, that is the equivalent to four cups of coffee or two energy drinks. This doesn’t sound like a strict limitation, right? When it comes to adolescents, they should limit their caffeine consumption to 100 milligrams per day, which basically limits them to one cup of coffee, and less than one energy drink (half a tin, to be exact).

If you are drinking more than it’s safe, you should seriously consider finding a healthier way to increase your wakefulness. Be more active, make sure you sleep enough, but don’t spend your days drinking one cup of coffee after another if you want your body to be healthy. Numerous adults drink coffee in large amounts, and that increases the risk of some side effects. Also, people who take medications that could be affected by caffeine should avoid this beverage as it can cause sensitivity and unwanted reactions.

Drinking four or more cups of coffee per day is called heavy caffeine use. If you can’t go through the day without having so much coffee, you’re probably addicted to it. But excessive coffee-drinking can lead to insomnia, irritability, stomach upset, muscle tremors, fast heartbeat and restlessness.

People with heart conditions should limit their caffeine intake, because it increases the heart rate and blood pressure. Therefore, they should not have more than 200mg per day, which amounts to two cups of coffee. The same amount applies to people suffering from type 2 diabetes, because it could impair glucose metabolism in these patients. Again, the same limit goes for pregnant women, but it is advised that they take in less than that, in order to prevent the risk of fetus not developing appropriately. Moreover, the European Food Safety Agency, as well as many health care experts around the world warn pregnant women about drinking coffee, as too much of it could cause birth defects and even miscarriage. You should also be careful because not every coffee contains the same amount of caffeine. For instance, one large filter coffee contains 400mg in one cup, which is the right there at the limit.

Although there are potential health consequences of drinking too much coffee, that doesn’t mean that you have to give it up completely. There are numerous studies that show that coffee in moderate amounts can actually be good for you, as it contains antioxidants. It was also found to help with erectile dysfunction in obese men.

However, make sure you don’t drink more than 4 cups of coffee or an equivalent of 400mg per day. If you’re sensitive to caffeine your consumption should be even more limited. Having a cup of coffee in the morning in order to wake up is fine. Having it after lunch to prevent you from getting sleepy in the middle of the working day is also fine. But make sure you stay away from coffee or any caffeinated drinks at least an hour before going to bed, as that dose of caffeine could reduce the number of sleeping hours from you. You may be able to fall asleep after having a cup of coffee, but your heart may beat faster and keep you restless. Tossing and turning is not an ideal way to spend the night, so try to have your last cup of coffee earlier in the day. Also avoid caffeinated teas before going to sleep, as they can contain the same amount of caffeine as coffee.

Health is all about moderation. If you can stick to three and a maximum of four coffees per day, you’ll have no problems. However, if you just keep on drinking it and often go above the healthy limits, it may be time to curb your habit.  In that case, cutting back gradually may help. For instance, drink from a smaller cup where less coffee fits; if you feel like drinking coffee but you’re close to the limit- take a decaf. It doesn’t have to be hard, you just need to establish a degree of control over your habit, and your body will stay healthy.